Be grounded, focused and hungry to achieve your goals

Australian Olympic Hurdler Sally Pearson described herself in these terms today on radio, on the workup to her races.

Sage advice from someone that has achieved their goals. We could all check out our own attitude to winning. Are we realistic and willing to do what it takes, even if it is uncomfortable and occasionally it doesn’t work?

That’s the meaning I get from ‘grounded’. If you fail – ask yourself why and change something rather than flop into a ‘poor me’ charade or give up. We already know what that feels like and it’s boring.

Be focused, have a direction and a vague destination. Don’t plan too much because not many plans in the head survive plans in the world. Be willing to make adjustments.

See things for what they. Target your weak-links. Maybe you need to learn something or change something in your environment. For example if the thing that would make the biggest difference to your weight loss progress is to exercise regularly – do it. If you have ‘tried really hard’ that means you resist a lot. Next time you bemoan it, tune in to yourself. I have and behind those words is a part of me that doesn’t want to change. I realize I either do it or don’t do it and reap what is sown.

Hungry – she means you gotta really want it more than the status quo. 51% of you at least needs to be keen & working for change. Ambivalence – part of me wants to and part of me does not is the #1 killer of habit change. 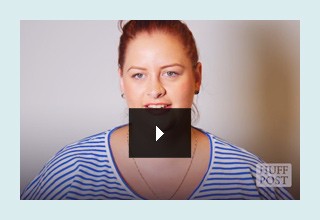